A new movement in communication for Brazil's leathers is beginning in 2019.

Directed by the Centre for the Brazilian Tanning Industry (CICB) and the Brazilian Trade and Investment Promotion Agency (Apex-Brasil) to incentivize Brazilian leather participation in international markets, the Brazilian Leather project produced two new photo shoots promoting the image, attributes, and differentials of Brazil’s industry around the world.

The concepts dialogue with Brazilian culture, trends in fashion and communication, and especially with new generations of consumers. The campaign will now set the tone for materials put together by Brazilian Leather for participation in international fairs like stands, digital content, folders, magazine ads, and others.

The editorial seeks to rescue long-told and sometimes forgotten stories, with pirarucu leather – a Brazilian original – as the protagonist of each image. It’s a connection between Brazil’s cultural and historical signs, with the same classical expression and composition that’s present in movements like the Renaissance. The campaign’s narrative presents pirarucu leather and Brazilian women in a story that speaks of power, lightness, representativeness, and beauty. The set was based on real scenarios, presenting colors and forms of native flora and the pirarucu ecosystem in its composition. Elements such as the Amazon River, the indigenous character Iracema (by the well-known author José de Alencar), Iara and Iemanjá (from Brazilian culture), and the native Amazonian plant Vitória Régia are all represented in the editorial.

Much like a blank canvas, leather provides the possibility to create nearly any element. This idea was the basis for designing the Canvas editorial, in which a connection with Millenials and Gen-Z was sought through young casting and its aesthetic proposal. The bodies and blue sky direct attention to the article, which is the protagonist of the campaign. Styling is composed of pieces of bovine leather modulated to the body like clothing, proposing an editorial in pairs of photos that gain strength and together tell a story. The images contemplate the airs of the 1990s – with a bold, glam look- features that reinforce the richness of leather’s texture, irreverence (the gen-Z mood), and emphasizing the diversity and versatility of leather. Generally best known for classic tones (like brown and black), leather can also be created in a deep range of patterns, colors, densities and textures. 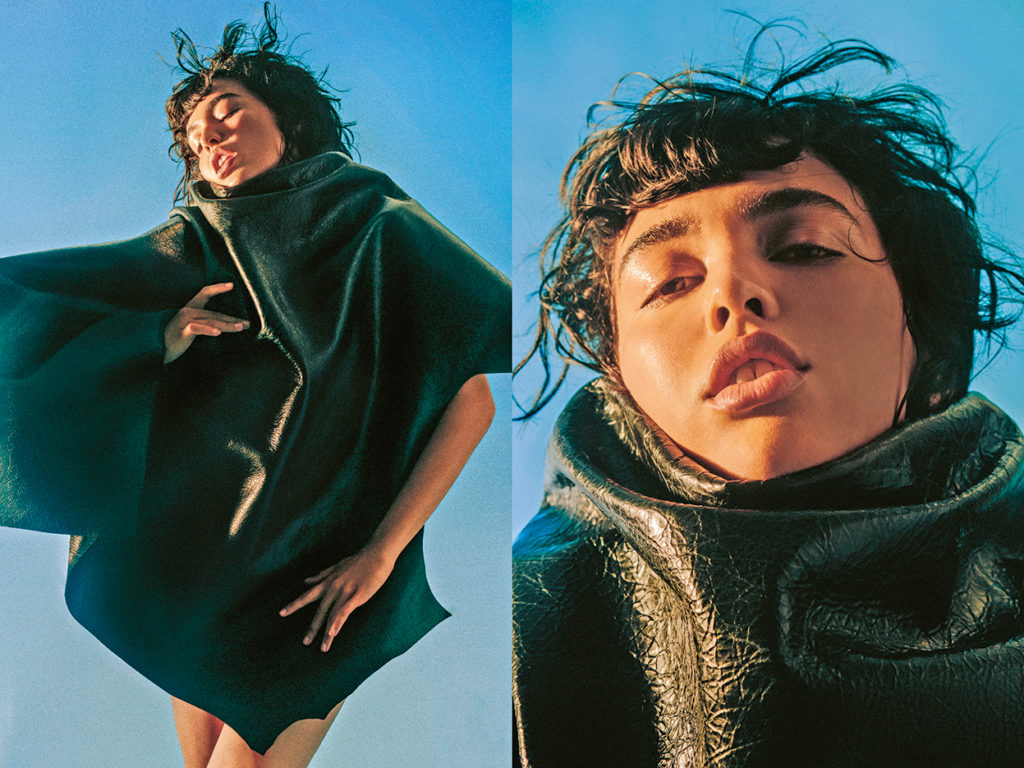