The Royal Heart of Ramponi

At Design Week 2019 in Milan, two excellences for design, Artep with its custom carpets, and Ramponi with is fashion accessories, came together to participate in a project that merges textile tradition, design, fashion, and contemporary art: the “Royal Heart” 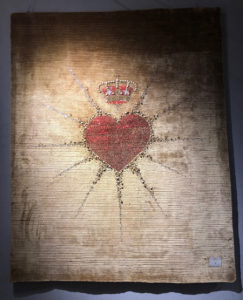 A carpet that fills whoever looks upon it with emotion: a golden fleece made from artsilk on a cotton structure, with a heart mounted in its centre in tribute to the most famous piece of jewellery ever crafted by Catalan artist Salvador Dalì, the “Royal Heart”. Designed by Roberta Castrovinci in collaboration with architects Andrea Riccardi and Mauro Savino, it is made using the studs and strass of Ramponi, leading producer of ABS studs, and synthetic stones and crystals for fashion accessories.

The work, which is entirely handmade using hand-knotting techniques on old artisanal looms, while alternating the technique of velour with striped looping, was among the protagonists of the exhibition set up by Artep at the Galvanotecnica Bugatti in the central Tortona area: its beating heart is made up by ruby red stones, along with rays of studs and strass, while its crown is embellished by pearls. A work that conveys an image of baroque opulence, passion, and transcendence.

The collaboration with Artep allowed Ramponi to fully highlight the artistic potential of the accessories produced in its research laboratories. With thirty-plus years of experience in the fashion sector, haute couture, and design, Ramponi creates unique and exclusive products for its international clientele. From embroideries to scratched, ABS, and thermoadhesive studs, laser workmanship, and stones for which it has patented its very own “Ramponi cut”, which is inspired by the cut of diamonds. Ramponi products are in fact protected by various patents and certifications that provide the highest possible guarantee to international markets. Research and development in constant evolution are the key to the company’s success, supported by rigid protocols of confidentiality, which protect the unique creative character of its products, processes, and applied technology.

These very same guarantees can also be found in the creation of the “Royal Heart”: by pointing your smartphone’s NFC APP at the carpet’s tag, it’s possible to access the blockchain that introduces the list of applications used by Ramponi, the certifications pertaining to the materials and all the data regarding the carpet. 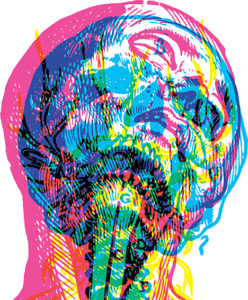 The Artep haute couture carpet is sewn for the environment that it will furnish with an eye to the needs of the client. This Italian company has capably translated the fairy tale of flying carpets and the thousand-year-old tradition of hand-knotting into bona fide works of art proposed both as carpets and “one-off” rugs.

Artep renewed this magic during the 2019 edition of the Milan Furniture Fair in the exhibition spaces of Galvanotecnica Bugatti ex-factory of Barattini & C, by presenting the RGB Knots project by Carnovsky, which features the rug under a “new light”. The limited edition collection designed by the duo of artist-designer Silvia Quintanilla and Francesco Rugi takes Carnovsky’s RGB prints and transforms them into rugs, which change their design through different chromatic stimulus. The theme of metamorphosis, which is among the most highly celebrated in art, is inspired here by elements in nature, transporting the observer into an expressive world suspended between reality and dream. An enchantment that is revealed in three levels, three worlds, which correspond to different psychological and emotional states that range from obvious to secret, from light to dark, and from wakefulness to sleep.

Next to these, on show were also other iconic works created from the looms of Artep, both originating in the company’s in-house Design Studio and realised in collaboration with other artists and designers including Alessandro Mendini, Nino Mustica and Jacques Tussaint. Among them are the carpet featuring an illuminated map of New York City realized by Designer Vittorio Murari, and the “Royal Heart” inspired by the jewellery of Salvador Dalì, which was created by Roberta Castrovinci for the thirtieth anniversary of his death using Ramponi Stones and Strass studs in its design. 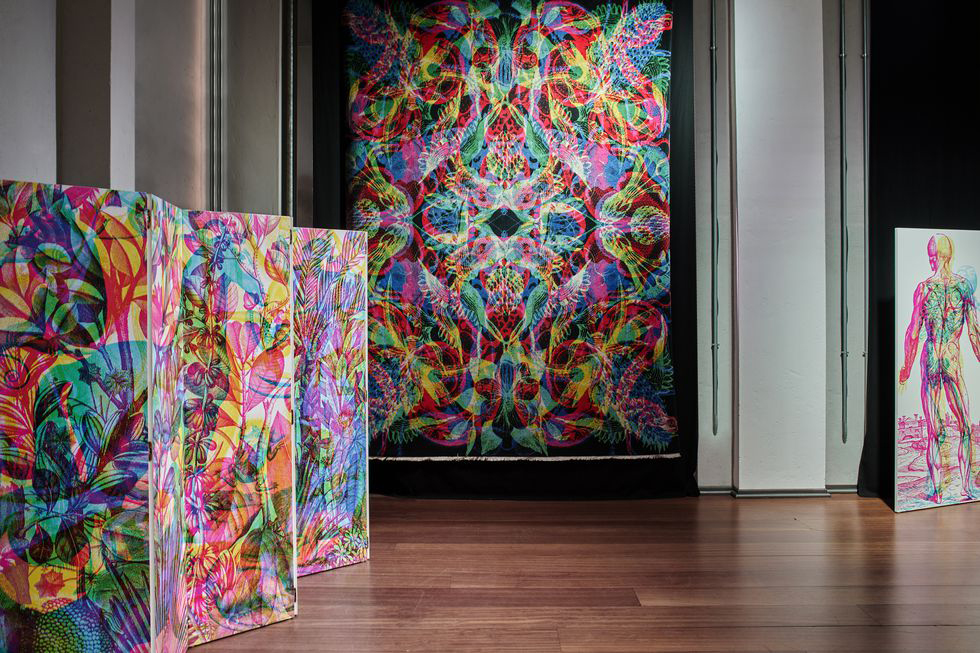