“For us sustainability is a way of working”

The past year has closed with positive figures for Italian tanners, but the global context is still weak and unstable. President Gianni Russo points out that the sector invests 4% of its turnover in sustainable projects: a burdensome effort to be proud of, but which must be communicated better.

The brand-new space Lineapelle, within Palazzo Gorani in Milan, hosted the Italian tanners’ general assembly, which took place on June 15.

This space will be the venue for events, exhibitions and meetings that will have one common denominator: the dissemination of the culture and value of Italian leather

explained UNIC’s president Gianni Russo, inaugurating a new season in the name of the communication of the sector’s excellencies, which amount to 1,213 tanneries and almost eighteen thousand employees: “We want to stop being anonymous: we invest a lot, we are proud of our work and we deserve to become well-known”. 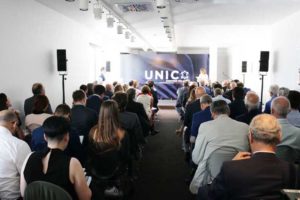 We are obviously talking of investments in sustainability, much more than a concept for Italian tanners; rather, “a way of working”. And here are the numbers that prove the sector’s huge effort on this front: every year the Italian tanning industry invests 4% of its turnover – that is to say, more than 200 million – in sustainable projects. Also: “76% of the waste products is recovered and this puts us fully in the logic of the high circular economy, chosen as a goal by the Resource Efficiency Agenda in the Europe 2020 Strategy”. But naturally, all this effort has “an extremely high cost, which erodes our margins because it weighs almost completely on our shoulders.”

For Italian tanners, 2017 was not a “great year, but it was positive anyway”. Production grew by 6.1% in terms of volume and by 1.8% in terms of value, amounting approximately to 5.1 billion euros. Exports too, which cover 120 countries, have closed on the increase: +1%.

What is worrying is the global context, which is still pervaded by weaknesses and instability. Looking at the intended uses, it is still the automotive industry to show the most interesting growth trend (+19.6%), with a 12.6% quota of the total, but the footwear industry too, which remains the first user with almost 40%, regains a positive place (+1.1%). Againts a 15.9% growth of the demand in the leather goods sector, a 2.9% drop of the demand in the furniture industry is registered.

After the president’s report, the meeting was animated by a round table moderated by journalist Maria Silvia Sacchi with UNIC’s vicepresidents Valter Peretti, Alessandro Iliprandi, Piero Rosati and Graziano Balducci. The themes discussed were the fight against the deterioration of the quality of leather, the problem of the specifications of the brands that impose parameters that are more restrictive than the rules, the immense value of districts and the sector’s renewed effort on the research front also thanks to the new course of the Leather Station in Naples.

Finally, an intervention by journalist and writer Davide Giacalone, who listed a series of data aimed at stressing Italy’s importance in the international economic scene, but also a country with the bad habit of “portraying itself as if it were always on the brink of the abyss. Instead we must look at the sectors that are working, exactly like the tanning sector”, said Giacalone ending his speech.